Show off your hidden talents or perfect your singing prowess

We all know the pleasure of singing along to our favourite songs, safe in the knowledge we're much better than the band's lead singer. Well, here's your chance to prove it! This Wireless Bluetooth microphone also features powerful 3W dual speakers, so you can belt out your favourite anthems and lay the greatest vocal track of all time over the top. 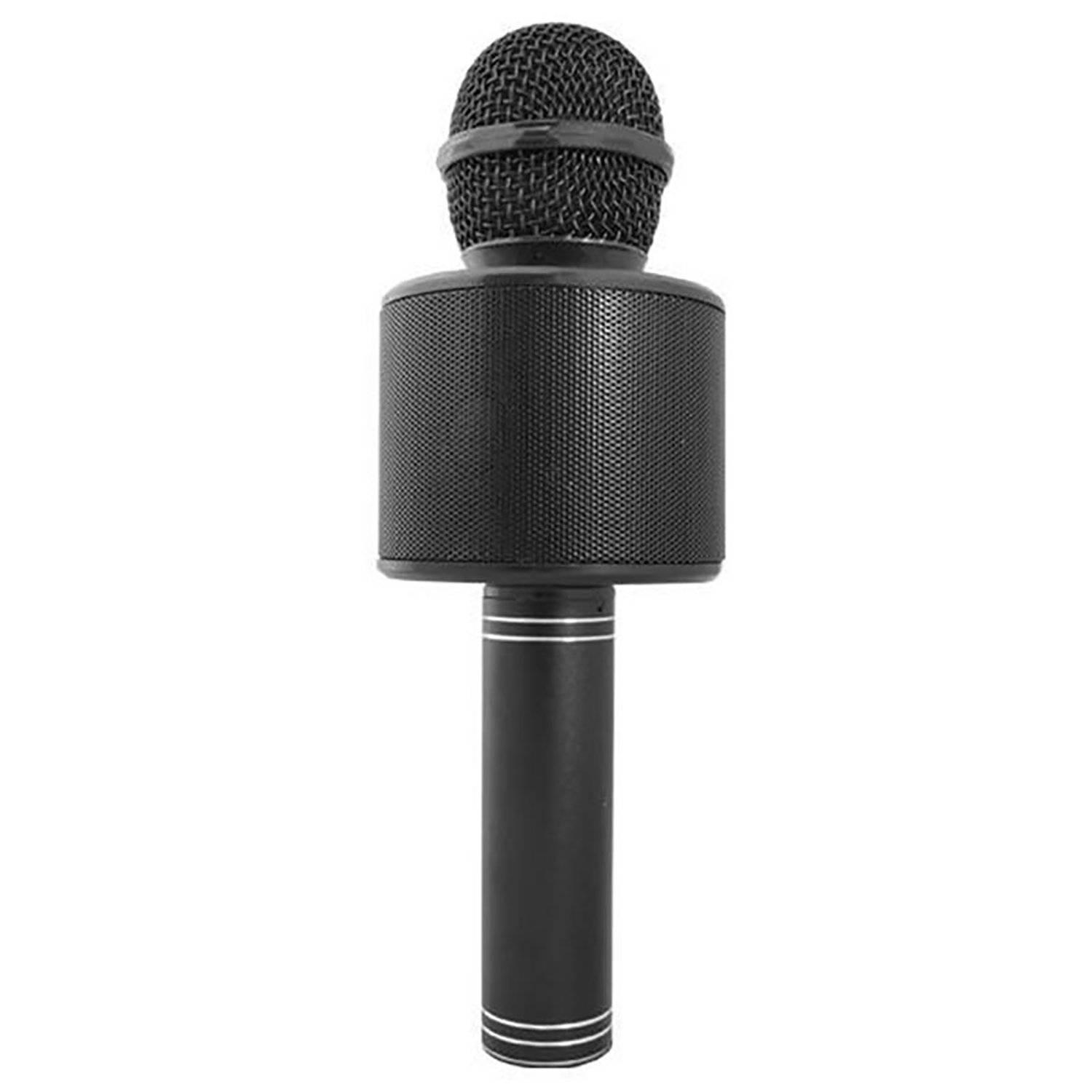 The only time a rock star should fall is into the crowd to be carried on a wave of adoration. This karaoke microphone has no messy wires or trailing cables and connects entirely via Bluetooth, so you can work on what's really important - singing like you mean it.

To connect the microphone, simply put your smartphone or tablet into pairing mode then press the corresponding button on the mic itself. Pairing really couldn't be simpler - and as the world's greatest singer, you shouldn't be messing around with equipment anyway!

Not only does this microphone / speaker work via Bluetooth, but it also features a Micro SD Card slot and 3.5 audio jack connection.

Powerful 3W speaker so you don't need a band

You're a vocalist - you don't need musicians behind you, messing up the rhythm and hogging the limelight. Well, with this microphone's discreet yet powerful 3W dual speakers providing all the backing you'll ever need, you really can do away with those pesky players and take centre stage like you deserve to. 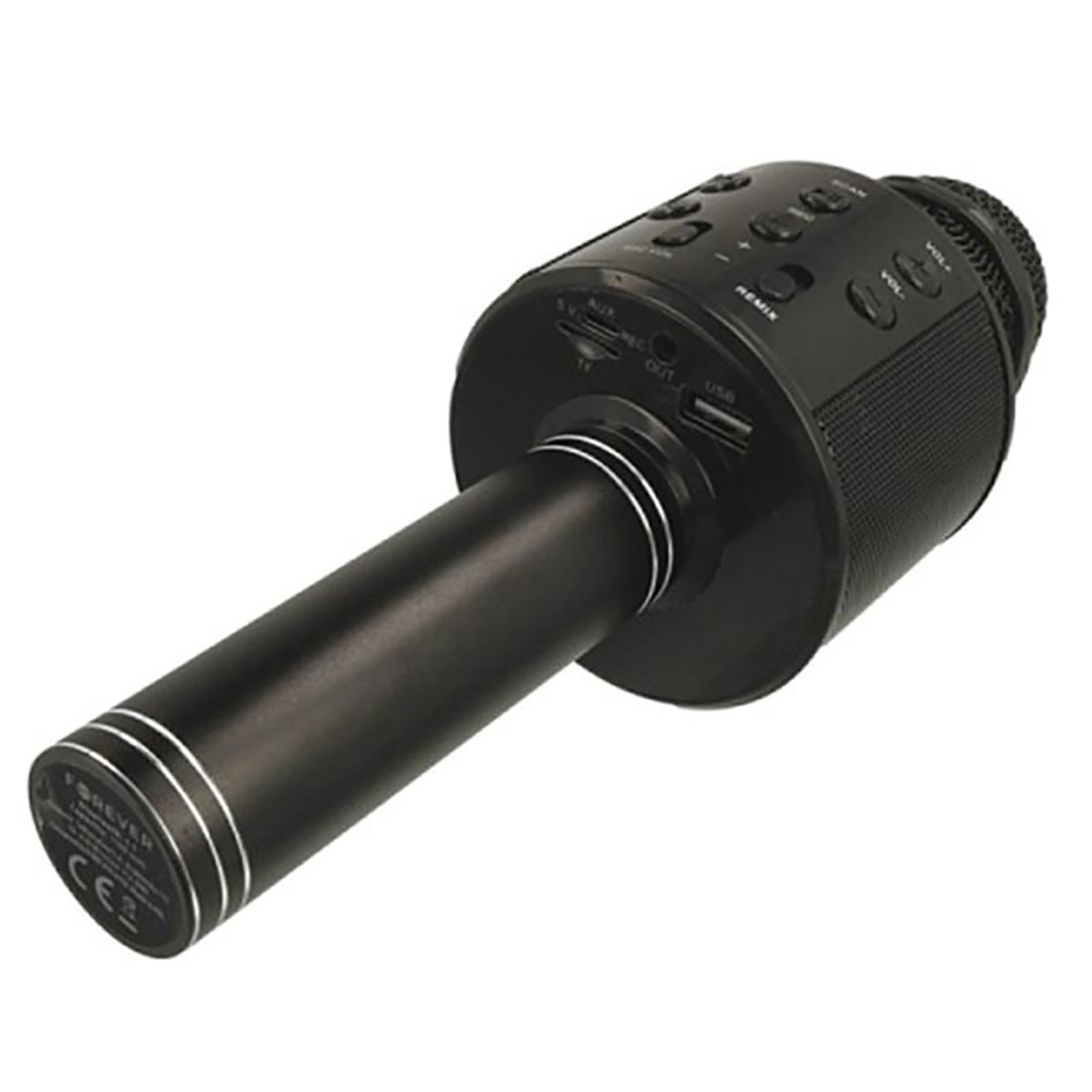 Your audience deserves to hear you how they would live, even if your audience is just your reflection. The Forever Wireless Karaoke Microphone features a live concert-simulating echo effect, so you can really experience what being on stage in front of thousands of adoring fans is like.

Works with all music and karaoke apps

No matter where you like to get your 'backing tracks' from - whether a music streaming service or YouTube - all your favourite music will work perfectly with this speaker / microphone combo. Additionally it works Karaoke apps such as Yokee, Smule and StarMaker.

Up to 9 hours battery life

This microphone offers up to 9 hours battery life, which is more than enough for even the most epic gig. When the battery does run down and the concert of a lifetime is finally over, just connect the included charging cable to a mains charger or powered USB port and within 5 hours the mic will be fully operational again - you'll need that time to recover anyway.

The Forever Wireless Karaoke Microphone and Speaker uses your own music apps and streaming services to play audio, so as long as you can connect via Bluetooth, you can get the party started. Whether you're using iOS, Android, Windows Phone or any other OS, Bluetooth support means you're ready to rock. 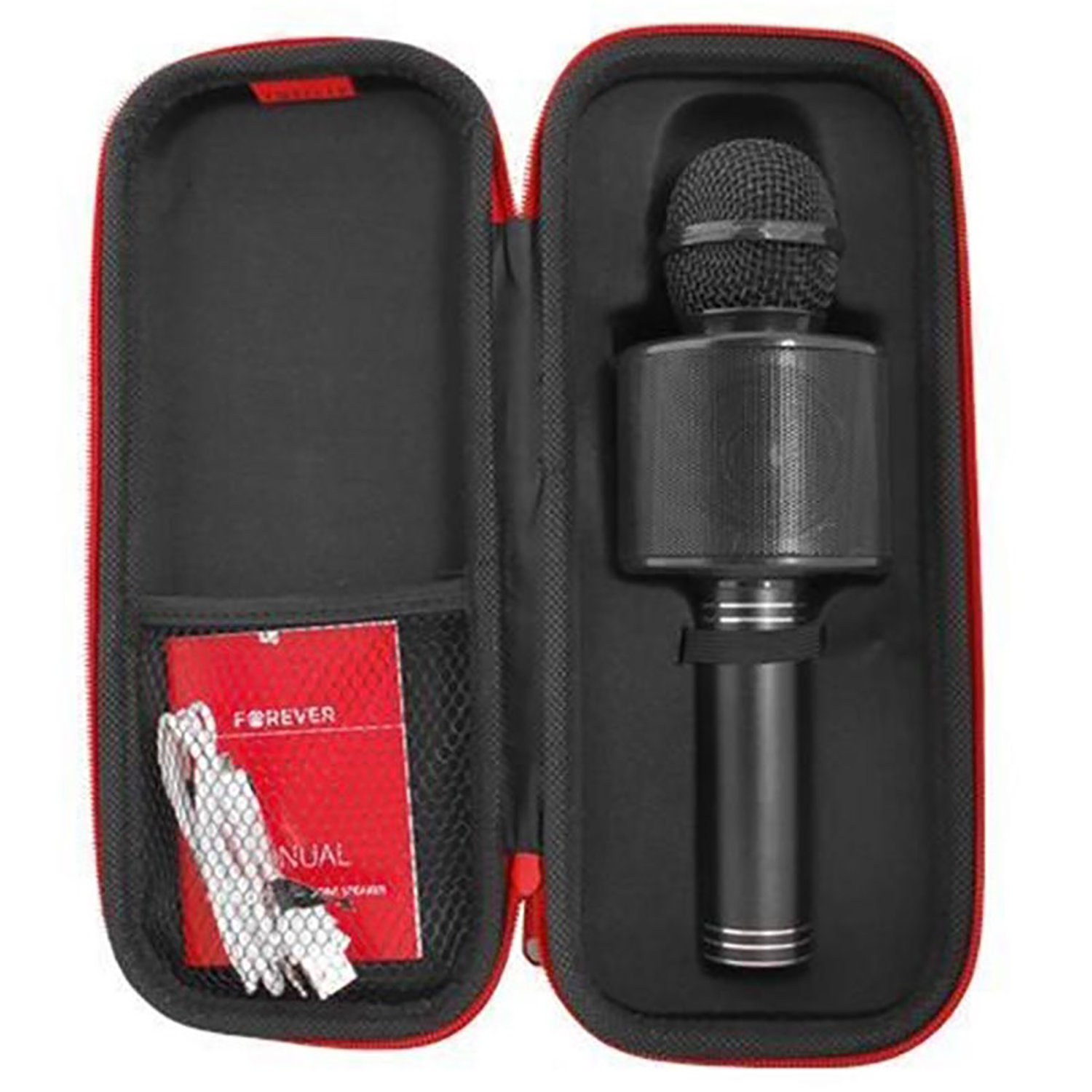